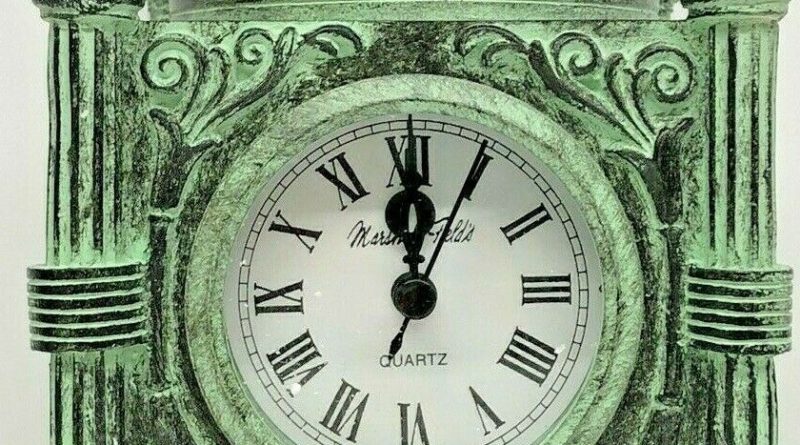 Looking for gifts that are uniqley Chicago? Our list of suggestions for unique and very hard to find gifts.

Marshall Fields Clock – A Chicago tradition for over 100 years. The clock at Marshall Field’s was installed on November 26, 1897. According to legend, Marshall Field decided that this corner should have a clock after he discovered notes wedged in the corners of the store’s new glass plate windows that pinpointed times and places to meet friends, family members and business associates. Field determined that a clock could serve as a rendezvous spot for shoppers and also make them mindful of the time.

It didn’t take long for the Chicago Tribune to report that Chicago women in Chicago were telling others to ‘meet me under the clock at Marshall Field’s!”

As a result of the clock’s soaring popularity, a second clock was added at the corner of State and Randolph in 1902. For five years the designs of the clocks didn’t match, but in 1907, the original clock at State and Washington was replaced with one that is identical to the second clock.

Designed by Pierce Anderson who worked for the firm that designed the building, each clock is made of 7¾ tons of cast bronze and hangs from ornamental ironwork. Originally the clocks were black, but over time they assumed a distinctive green patina. The clocks are impulse operated from a master timepiece located in the store that is checked twice daily with the Arlington time signal and corrects the clocks each hour. Search: Marshall Field’s Clock

C.D. Peacock Jeweler Chicago: 1937 Time is Money – The House of Peacock first opened its doors on February 9, 1837, the same year Chicago (population 4,000) was incorporated as a city. According to one historian, the opening of the city’s first retail jewelry establishment in the small frame building on Lake Street marks Chicago’s passing “from semi-savage conditions to civilization and refinement.”

Elijah Peacock moved from England to Chicago in 1837 and engaged in his trade of jewelry and watch repair, a calling that had already descended through three generations, following the English custom, and which his son Charles (C.D.), who was born in 1838, would eventually inherit. Search: C.D. Peacock Jeweler Chicago: 1937 Time is Money