Chicago WingFest is a gathering of some of Chicagoland’s best wing-slingin’ restaurants competing to be crowned “Best of Fest.” It began in 1999 at a local establishment, Slow Down… Life’s Too Short. At our inaugural event with minimal promotion, we anticipated 100 attendees. When several hundred people showed up, lined up around the block, the message rang loud and clear: Chicagoans love wings!

The event then moved to Bailey Auditorium for a number of years, and is now being held at the UIC Pavilion in Chicago. This seemingly simple concept has grown into an annual sell-out event serving tens of thousands of wings from some of the top restaurants the city has to offer.

Live music sets the scene as the doors open and people rush in. The aroma of Chicago’s best chicken wings simmer in delicious sauces, ready for consumption. Ice cold beer and cocktails help to cleanse your palate as you bounce from table to table sampling your favorite wings. A little slice of Heaven as you smile from ear to ear.

The entertainment continues with the Men’s and Women’s Wing Eating Contests. The competitors take center stage as the crowd roars, cell phones out, ready to capture the moment. After a minute of friendly competition, winners are crowned, legends are made.

Photographers and videographers roam the floor seeking out the messiest shirts, the best outfits, and the most dedicated fans. Truly, a sight to behold.

All this culminates in the announcement of the restaurant winners of each wing category and the infamous “Best of Fest” trophy awarded to the overall top scoring restaurant.

Guests enjoy four categories of chicken wings: Mild, Hot, BBQ, and Exotic. Judges are selected for each separate category, and we avoid choosing those affiliated with competing restaurants.

For the double-blind system, both the restaurants and the judges do not know the identity of the other. We use both color and number codes to ensure that no restaurant names are ever spoken, and there is no way to identify where the wings are from during the presentation.

Each wing is then scored on a scale of 1-10 for Appearance, Aroma, and Taste. After every judge has finished and left the area, the score sheets are tallied. 1st, 2nd, and 3rd place are determined based on their scores, and this process is repeated with a fresh group of judges for each of the four wing categories.

Once all the scores are tallied, the highest score of the day is awarded the coveted “Best of Fest.”

General admission tickets include: Access to the event including: unlimited wings from some of the best wing-slingin’ chefs in Chicagoland, live music, raffles, eating contests, games, and a first-hand witness of Chicago WingFest.
Q: What’s included with a VIP ticket?

Vip tickets include: Everything included in a general admission ticket plus: 7 drink Tickets, goodie bag,early entry one hour prior to general admission, and access to the VIP area with a great view of the event. (NOTE: Red Bull cocktails and certain premium liquor may require 2 tickets per beverage.) 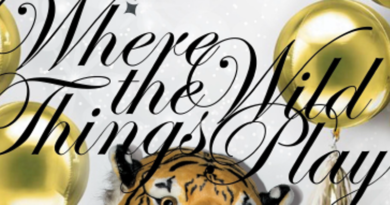